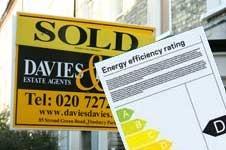 Uncertainty around a hung parliament and unclear policy implications will act as a brake on a further recovery of the residential sector, according to Jones Lang LaSalle.

It said that house prices would remain static or decline in the short term and predicted lower transaction levels.

Some sellers would delay marketing their property while they awaited clairty over Home Information Packs, said James Thomas, head of residential investment and development at Jones Lang LaSalle.

He said: "The spring market is traditionally a time when volumes in the property market bounce and activity levels peak, however the result of yesterday’s General Election will squeeze transaction volumes."

"For developers, the ability to expediently process planning applications will be inhibited further as the power of centralised planners versus local councils now hangs in the balance.

Uncertainty over public sector jobs would also affect transaction levels, said Thomas. He added that it was essential that housing policies were clarified as quickly as possible.