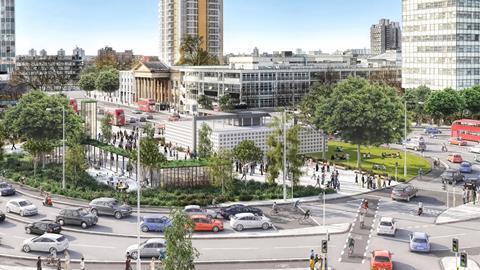 Plans for a major revamp of Elephant & Castle roundabout were given a boost this week after more than three quarters of respondents backed the redesign in a public consultation.

Construction of the redesign the northern roundabout at Elephant & Castle is now scheduled to begin next year after results of the public consultation showed that more than 80% of the 2,000 respondents backed the plans, which will convert the roundabout into a peninsula, creating new accessible public space, with the road around it converted to two-way traffic.

The plans, designed by Witherford Watson Mann Architects, have been developed by Transport for London and Southwark council, and are aimed at improving cycle safety and upgrading bus facilities.

Ringway Jacobs, a joint venture between Ringway Infrastructure and Jacobs, will undertake the detailed design of the road elements of the scheme.

Construction is expected to commence in late spring 2015 with the main highway works scheduled to be fully completed by summer 2016.

Isabel Dedring, London deputy mayor for transport, said: “Our radical plans for Elephant & Castle will not only make it safer for cyclists and pedestrians, but they will also transform it into somewhere that people will want to gather and interact.

“We are now eager to begin construction work so that we can unlock the true potential of this area, leading to more homes and jobs.” 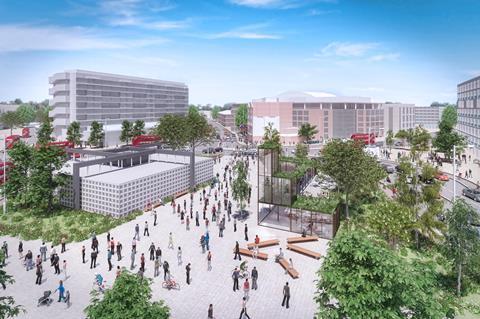