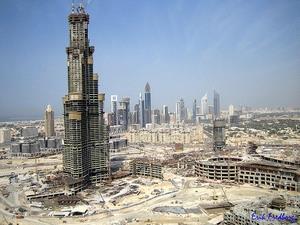 Ratings agency Standard & Poor's has downgraded Dubai developer Emaar Properties to BBB+ from A-. S&P said the outlook for the firm building the Burj, which is aiming to be the world’s tallest tower, was “negative”.

A credit analyst at the firm said: "The rating action reflects the continued weak real estate markets in Dubai, and our increased uncertainties about the depth of the downturn and the pace of eventual recovery.

"The weak markets are negatively affecting our view of Emaar's business risk, and are likely to weaken Emaar's currently healthy financial position in the near to medium term.”

Burj Dubai developer Emaar Properties has been downgraded from A- to BBB+
Emaar is one of Dubai’s top three developers. It recently announced a loss of 1.76bn dirhams ($480m) for the final quarter of last year.

It blamed its foray into the US market for the fourth quarter results. Emaar’s largest investment in the US was in American housebuilder John Laing Homes.