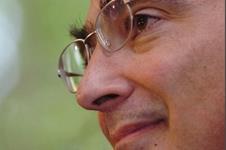 The government is to bring forward £3bn of public spending on infrastructure, schools and housing projects in a bid to use construction to lessen the impact of recession on the country.

In a pre-Budget report described by commentators as an emergency budget, chancellor Alistair Darling announced the measure to increase public spending to £682bn by 2010-/2011.

Saying that the measures would help to avoid a “longer, deeper recession”, Darling moved to allay fears that the building programmes involved would not be able to effectively use the funding, given much publicised delays to schemes such as the £45bn Building Schools for the Future programme.

He said: “I have looked at the programmes in these areas in detail and I know they can be delivered to this timetable.”