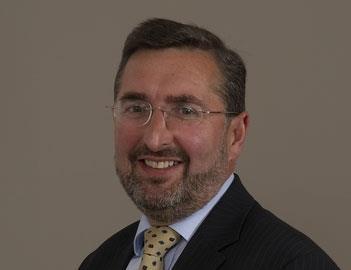 In the first of a series of perspectives of the rollout of EPCs in 2008 Roger Watts voices his concerns over training, the technology used and the impact of the certificates on the market

For better or for worse I have been involved with the introduction of Energy Performance Certificates since 2002. It is and has been a long and tortuous road and, frankly, it is not destined to get any easier.

Behind the scenes the European Union have been working on the introduction of Energy Certification for several years. Unfortunately, at no stage did they actually think it might be useful to talk to surveying practitioners. As a result, the process was lead by techno boffins when the European Directive was published in December 2002 whilst it was relatively brief when considered in the light of existing UK legislation and tradition the whole process was found to be monstrously complex.

However, this is what the UK Government had signed up to and therefore they were obliged to introduce. No matter, one would think, that the Government had three years to get it sorted; surely that must be enough time.

At first, there was huge inactivity. This was largely as a result of the fact that the Directive fell under the responsibility of several Government departments, none of whom would take responsibility. Fortunately, large sections of the Directive relates to new buildings and, of course, this was dealt with at the time by the Office of the Deputy Prime Minister. Changes in the Building Regulations (Part L) could and recently have been introduced to deal with new construction.

The challenge that has always existed is how Certification is introduced on existing premises and this is where our problems now lie.

The Government are obliged to introduce Energy Certification by 1st January 2009 at the latest. If they fail to do so, the Government could fall foul of infraction procedures - i.e. they get fined by the European Union for non-performance. I might also add that we are not alone in this and that several other countries have the same problems.

Unfortunately, the ODPM commissioned the Building Research Establishment to formulate a method of assessing existing commercial property. I suspect, this is where the first mistake lies. It was never bound to be easy to try and work out how a building performs. The BRE have introduced a method of measurement ironically called SBEM the Simplified Building Energy Model. It is unfortunate that, perhaps, the Government didn’t take guidance from other parties who have suggested more simple processes.

Because of the complex nature of SBEM and the fact that it is still under development Energy Certification of existing buildings when they are bought and sold is going to be a major headache for investors, certainly over the next three or four years. A Certificate is required every time a building is bought or sold and whilst there is going to be a phased introduction sooner or later every commercial sale will need a Certificate.

The production of Energy Certificates as currently proposed is just too time consuming and complicated.

At this stage there are no qualified Assessors. The Directive requires assessors to be suitably accredited. I am in the throes of attending those courses at present and it is going to be the case that investors will be forced into paying many thousands of pounds for assessments the results of which can be changed by minor alterations in seemingly unrelated input data. Given the recent uncertainty regarding the introduction of Home Information Packs (albeit this is now settled) it is quite possible that many surveyors will baulk at the expense of training.

The real challenge to owners is that to produce the Certificate requires accurate plans and a detailed survey which includes measurements of walls and windows, heights, construction details and a detailed knowledge of the dates of when the buildings were constructed. Furthermore, a full and detailed survey of all the mechanical and electrical services is required.

Buildings have to be zoned in a way that can often have very little relation to the way in which they are used, even the most straightforward of buildings will take several days to gather the necessary information and again, several days to input the information. There are no short cuts, energy assessors will need to have the patience of saints. I can definitely see that, if the production of Certificates becomes a condition precedent of completion of a sale then many dates are going to drift outwards.

Please don’t get me wrong. It has to be right that we as surveyors are seen to do our bit to increase awareness in the energy performance of buildings. I remain sceptical, however, that this is the way to go about it. The production of Energy Certificates as currently proposed is just too time consuming and complicated.

Unfortunately, there are no alternatives available to the Government and whether they want it or not, we are marching towards another fridge mountain.

The real challenge will come when investment yields are affected by the quality of the Certificates, prepared and the said Certificate is found to be wanting. If surveyors and their insurers feel that they are exposed to unnecessary risk then they may just not want to play ball.

What happens then? Will all investment transactions stop? I think not. All professionals will need to collude in sidestepping the issue and some may suffer a fine. Whilst good new stock with Certificates will trade easily, the real issue is that any old second-hand stock may fail to trade, freezing a major part of the UK investment market.

Perhaps I am being a merchant of doom and gloom. But I would feel more confident if I knew there were thousands of well trained assessors - that all buildings came with full measured, mechanical and electrical surveys - and that Certificates could be generated at the touch of a button. On the other hand…

Roger Watts is a director at Trident Building Consultancy, a surveyor and project manager