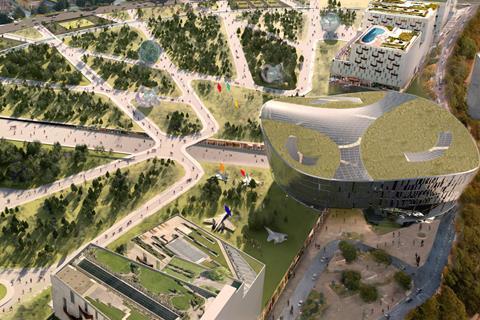 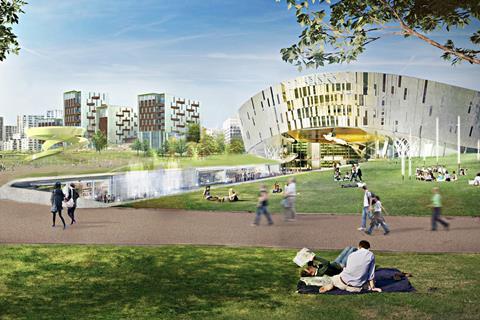 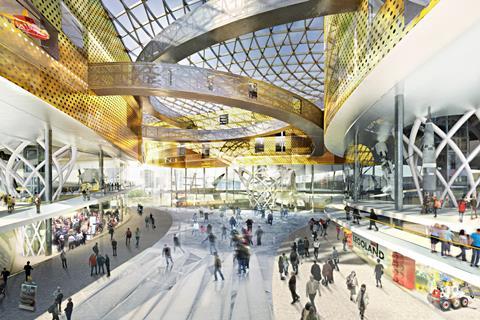 Architect Studio Egret West has unveiled its plans for Orbit Park in Moscow, which will be home to the Russian National Aviation and Space Museum.

Developer OAO Aviapark - a subsidiary of the City of Moscow local authority - will redevelop Khodynskoe Pole Airfield, Moscow’s oldest airport, which closed in the nineties.

The Orbit Building, which will house the museum, sits at the centre of the northern edge of the park with mixed-use development to either side.