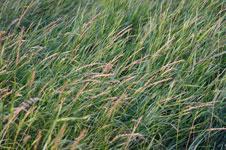 A group of about 10 people entered the building in Dartford, Kent, handing out leaflets and talking to staff, while others scaled the outside and attached a banner that proclaimed “Don’t Build Kingsnorth”.

Laing O’Rourke is among six companies bidding to build the station. Activists claim, if built, it will emit more carbon dioxide than the entire country of Ghana.

A spokesperson for Laing O’Rourke confirmed “that a small number of individuals held a brief but peaceful protest outside our offices in Dartford”.