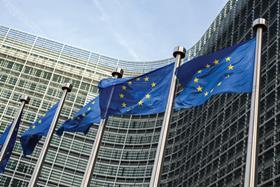 The European Union in its current form cannot survive, the former Belgian prime minister Guy Verhofstadt has told the BCO conference in Amsterdam.

Verhofstadt, who is now a member of the European Parliament, said there were only two possibilities for the EU - to go backwards or jump forwards to the creation of a real federal union in Europe.

Verhofstadt told delegates he believed the European Union today is a loose confederation of 28 member states with a variety of different types of membership, picking and choosing what they want to participate in.

“I’m always asking myself what the hell are they going to ask in the British referendum that isn’t already in all these policies.”

As an example Verhofstadt said that when the fiscal compact treaty, which is linked to the Eurozone and to which the UK is not party to, was discussed, he entered the room and found the British delegation to be the first ones there: “So that’s the way we work. Even when you’re out you’re in and if you’re in we want you out and that’s the problem of the day.”

He said that it is “very clear that we need another way to go forward with the continent” and that the UK’s referendum on EU membership “may be the start of a two-speed Europe and maybe this is not so bad as at the moment we have a 28-speed Europe”.