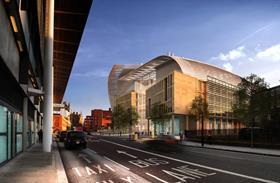 The former managing director of Shepherd Construction has joined Laing O’Rourke as its boss of operations in London and the South East.

Phil Greer left Shepherd as part of a management shake-up in September. Mark Tant, Shepherd’s southern region managing director left at the same time and has since joined Wates.

A spokesperson for Laing O’Rourke said that Greer joined the company last month and is based at the firm’s Dartford headquarters.

Projects in the firm’s London and South East region include the Cheesegrater tower in the City and the Francis Crick Institute in King’s Cross (pictured).