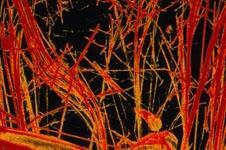 The Scottish government has been criticised over plans to help compensate people suffering from past exposure to asbestos.

Health and legal experts who gave evidence to the Scottish Parliament’s justice committee, labelled new Scottish laws to allow damages to be claimed for pleural plaques, as a flawed and an expensive mistake.

Professor Anthony Seaton, who has cared for patients with asbestos-related conditions, blamed doctors for patients confusing the benign nature of their condition with a more fatal illness. Asbestos-related injuries expert Martin Hogg said the bill would allow the “worried well” to claim for damages.

Nick Starling of the Association of British Insurers told MSPs: “Pleural plaques are benign. They do not have any symptoms associated with them, except in the most exceptional of cases.”

In October, Law Lords overturned 20 years of common law and ruled that pleural plaques, the scars on the lung caused by heavy and prolonged exposure to asbestos, should no longer be a compensational illness.

However Ucatt, who has been heavily involved in a campaign to overturn the Law Lords decision in England and Wales, described Starling’s comments as “disgraceful and insulting”. He said those that had criticised the ruling were motivated solely by money.

General secretary of Ucatt Alan Ritchie said: “These criticisms have come directly from the insurance industry who have £1bn plus financial interests. They are not uninterested observers.”