Anger is growing over the plight of residents in blocks of flats clad with non-ACM combustible material amid claims that up to half a million people could still be affected.

Landlord and estate management groups said the government, which will only subsidise repairs of blocks clad in ACM panels such as those used on Grenfell Tower, had so far ignored the problem.

The concerns were raised in the week that the government bowed to pressure from Labour and published the names of private landlords who have failed to put a plan in place to replace ACM panels. An analysis by the Association of Residential Managing Agents (ARMA) found that around half a million residents were living in nearly 1,400 tower blocks clad in non-ACM material, such as high pressure laminate, which has also been found to be combustible since the Grenfell fire.

The agents, alongside an array of property groups and large landlords, are calling for the government to set up a multibillion-pound fund to address the problem, which it said was far wider than just the type of cladding used at Grenfell Tower.

Government figures show that 310 blocks still have the ACM cladding that was found to have burned so quickly in June 2017. However, ARMA’s research said that its members – largely private sector landlords – owned more than 5,500 blocks of more than 50 units, of which a quarter had non-ACM combustible cladding. 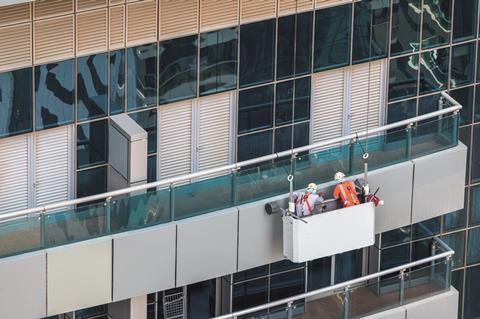 In May last year the government pledged £200m to fund the removal of ACM on private sector residential tower blocks, but no help has been given for those living with non-ACM combustible cladding

The government has set up a £200m fund to help with the cost of remediating tower blocks, but it is only available to those covered with ACM material. Without help, the cost of repairing the non-ACM blocks could fall on leasehold flat owners. Previously the G15 group of the largest London-based social housing landlords have estimated the cost of meeting revised regulations on their blocks could be as much as £7bn.

In an open letter to the chancellor Rishi Sunak, ARMA said the government should step in because “building safety policy, dating back decades and overseen by governments of all political colours, has failed in its totality”.

The letter continued: “The government deserves credit for funding Grenfell-style ACM cladding remediation, but the problem is much wider than this and that funding does not go far enough. We are urgently calling on the government to establish a multibillion-pound emergency fund and work with industry to unblock the process and ensure the safety of residents up and down the country.” Other signatories included the British Property Federation, the Leasehold Knowledge Partnership, the Institute of Residential Property Management and landlords Long Harbour, HomeGround Management and Simarc Property Management.

This news came as the ministry of housing published the names of five residential landlords which it said had responsibility for tower blocks with ACM cladding, “where at least one of their buildings does not yet have a plan in place” to remove it.

The list included Adriatic Land 3; Chaplair; Grangewalk Developments; RMB 102; and STG Management (London). According to government figures there are 44 high-rise blocks which do not yet have a detailed plan for tackling the issue.

A HomeGround spokesperson said Adriatic Land 3 had already provided £791,128 to cover immediate costs for fire safety works for the tower block it owned and that it had made an application to the government’s cladding fund.

He added: “We are disappointed and surprised that the government has chosen to publish this inaccurate statement.”

A spokeswoman for the ministry said the government had taken urgent action on building safety, including committing £600 million across private and social landlords to remediate high-rise buildings with unsafe ACM cladding. The spokeswoman said: “Residents’ safety remains our utmost priority and there is no excuse for building owners not ensuring that residents are safe in their homes. We will continue to support leaseholders and are reviewing options on how best to do so.”