Grenfell Tower refurbishment cladding specialist Harley Facades did not check the fire performance of the insulation fitted as part of the west London block’s flawed upgrade, the inquiry into 2017’s fire disaster has heard.

Daniel Anketell-Jones, who was design manager at Harley for much of the firm’s involvement with the project, said on Tuesday that there was nobody in the company who could do even a “cursory check” at the time. 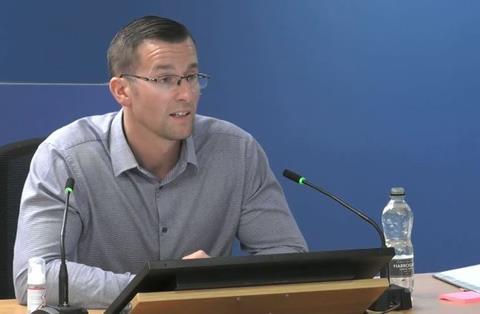 In his second day of evidence to the inquiry probing the failings that lay behind the fire – in which 72 lives were lost – Anketell-Jones said Harley had lacked a technical manager between 2013 and late 2015, following the departure of Graham Hackley.

Anketell-Jones was presented to refurbishment main-contractor Rydon as lead designer for the Grenfell Tower job. But he told the inquiry that the move had been a “stop gap” to reassure Rydon at a time when Harley lacked in-house capacity to deal with the project.

Anketell-Jones said Harley had brought in his former boss Kevin Lamb as an “external resource” on the project and that Lamb had been the designer of the new envelope for Grenfell Tower.

Inquiry barrister Kate Grange QC spent much of Tuesday asking Anketell-Jones detailed questions about the processes and procedures Harley used to assure itself and the wider project team that materials used as part of the cladding system for Grenfell were safe.

Anketell-Jones said he understood that the Reynobond PE 55 rainscreen cladding and Celotex insulation boards to be used behind it had already been prescriptively specified at the time Harley was appointed to the refurbishment.

Grange asked whether anyone at Harley had done a cursory examination of the material specified for the insulation to check that it had basic fire-safety compliance.

“There wasn’t anybody in the business who could do that,” Anketell-Jones replied. “So we did it individually by satisfying ourselves as well as we could by passing it back.”

Anketell-Jones said that by “passing it back” he meant obtaining product data sheets from suppliers and sending them to “the client’s design team and Building Control for approval”.

Moore-Bick asked whether Anketell-Jones had ever conducted any of the checks outlined but said he had not because he was not the designer for the Grenfell refurbishment. He added that he did not know whether anyone at Harley had ever made the checks he described.

Grange asked Anketell-Jones whether, as far as he was aware, any cursory examination of the fire performance of the materials used for Grenfell Tower’s external envelope was ever done by Harley. He replied: “Not as far as I’m aware, no.”

Anketell-Jones was asked about evidence given to the inquiry by Harley director Ray Bailey last week.

Bailey said Anketell-Jones had analysed the National Building Specification for the Grenfell Tower refurbishment to check that the products specified met statutory requirements.

Anketell-Jones said his former boss may have “confused” the timeframes of his responsibilities at Harley.

“At this point I wasn’t educated in anything to do with these things, so I wouldn’t have been able to check,” Anketell-Jones said.

“I think he might be confusing that, maybe it was after I’d attended more of the MSc [in façade engineering] and had studied some of these things.”

Asked whether he was clear that he had never analysed the Grenfell Tower NBS specification for compliance, Anketell-Jones answered “yes”.

The Grenfell Tower Inquiry’s phase one report found that the aluminium composite material (ACM) cladding used for the building’s refurbishment was the principal cause of fire spreading so rapidly in the early hours of 14 June 2017.

However Moore-Bick noted that the combustible insulation materials used behind the ACM cladding and to fill gaps in the window areas “contributed to the rate and extent of vertical flame spread” on the night.

Celotex RS5000 polyisocyanurate (PIR) insulation was predominantly used behind the ACM on the tower.

Inquiry barrister Grange said there was no record of when the product – which did not meet non-combustibility requirements – had been specified. But she did show the inquiry a quote from supplier SIG that showed Harley was offered a 47.5% discount on the product.

He replied: “I wouldn’t be able to comment on it because I wasn’t buying those products. I wouldn’t know if that was normal or abnormal.”

Grange asked whether Harley had a reason to promote the use of Celotex RS5000 on Grenfell Tower because the firm would receive a very significant discount.

Anketell-Jones replied: “The only reasons that RS5000 would have been put forward on any project were that we were being told it was appropriate for use above 18m, and it was one of the few insulations that was capable of achieving the high performance requirements.”

He added that Harley would have always sent such proposals to project architects and Building Control for approval.

In other evidence on Tuesday, Anketell-Jones was asked about a January 2015 email exchange with Celotex major projects and specification manager Jonathan Roome in which Anketell-Jones referred to the need to “appease the ‘specialists’” in relation to the fire performance of Celotex RS5000.

Anketell-Jones repeatedly said he did not believe the query had been in relation to the Grenfell Tower refurbishment but could not remember what job it would have related to.

He was asked who he had been referring to in using the word “specialists” and why he had placed the word in inverted commas.

Anketell-Jones said he thought he would have been referring to architects, fire engineers, Building Control officers and thermal consultants.

Anketell-Jones agreed with the suggestion that he was “sceptical” about the demands of specialists in relation to fire-performance information.

Asked why, he said: “Because you couldn’t ever get the same answer twice, it felt like.