Faithful + Gould has appointed a new head of its Hong Kong office, as the firm announced it had won two major schemes in the city 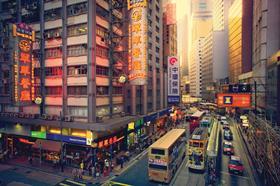 The first is to project manage the rolling refurbishment of luxury members club the American Club’s three premises in Hong Kong.

These include the 30,000ft2 Club House in the centre’s Exchange Square and its three acre country club in the south of the island.

The second is a contract to project and cost manage a new headquarters in the Kowloon district for Indian mining and retail client KGK.

The wins will enable the Hong Kong office to recruit five further additional staff by next month.

Stevens was previously director of ISG Asia for seven years, where he worked on major projects including Hong Kong’s 450,000ft2 Morgan Stanley headquarters and the city’s Carmel & Kellett School.

At ISG Stevens also directed the build of Saudi Arabia’s award-winning £75m pavilion at the Shanghai World Expo 2010, which is still open and has attracted over four million visitors to date.

The firm’s other main Asian offices are in Shanghai and Singapore.

Henry said: “It’s exciting to be joining Faithful + Gould at this moment, working with such prestigious clients as the America Club and working closely with our other offices in Shanghai and Singapore.”