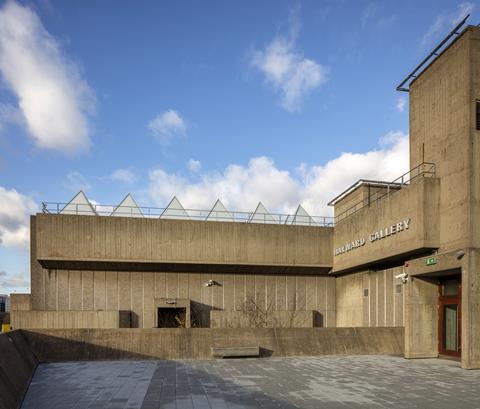 The Southbank Centre has been turned down for listing for the fourth time – and a certificate of immunity from listing has been issued.

This means it cannot be assessed again for at least five years and leaves it open to redevelopment work – or even demolition.

The Twentieth Century Society expressed outrage at the government’s decision and vowed to challenge it. It also registered concern at the attitude of the Southbank Centre operators who, the society said, should be proud of their buildings which include the Hayward Gallery, Queen Elizabeth Hall and Purcell Room.

Feilden Clegg Bradley Studios has just completed a major refurbishment which shut the complex for two years. This followed the failed bid to add major extensions, also designed by FCBS. These included a large glass-clad rehearsal space on the roof and a liner building.

It is the fourth time Historic England has recommended the building for listing since 1992, and the fourth time the Department for Digital, Culture, Media & Sport (DCMS) has overturned the advice of its own specialist heritage advisers.

She said: “Many people assume the Southbank Centre is already listed because it’s an integral part of the most important complex of modernist buildings in the country, providing a coherent visual link between the National Theatre and the Royal Festival Hall, both already listed (grade II* and I). But the SBC remains unlisted and under threat, as the decision comes ahead of a planned phase of works to increase connectivity along this stretch of the South Bank.”

She said the only criteria that should be taken into account when making a listing decision were historic and architectural interest.

“The minister received a strong recommendation to list the building on these grounds from Historic England, and as far as we are aware the only advice received to the contrary was given by Montagu Evans, the paid consultants of the Southbank Centre who applied for the COI.

“While the DCMS are not obliged to follow the recommendation of Historic England, we have made a Freedom of Information request to find out more about how the process was conducted.

“We’re surprised at the attitude of the SBC, which should be proud to have the building listed given that it is so well loved by the public, and such an evidently important work of modern architecture. As one of the nation’s great modern buildings, it fully deserves a level of protection. It’s a huge shame that the body responsible for this building does not recognise that.”