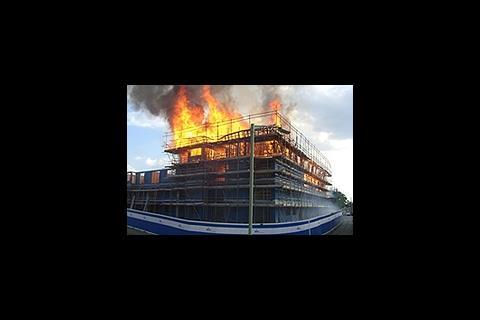 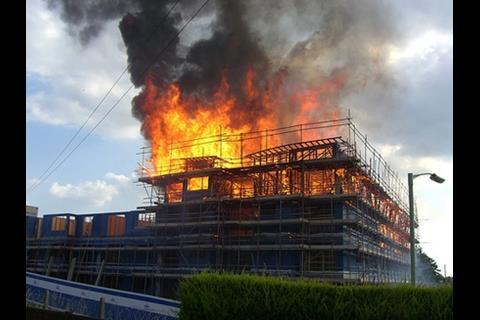 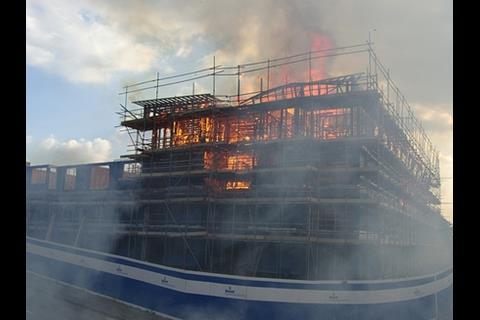 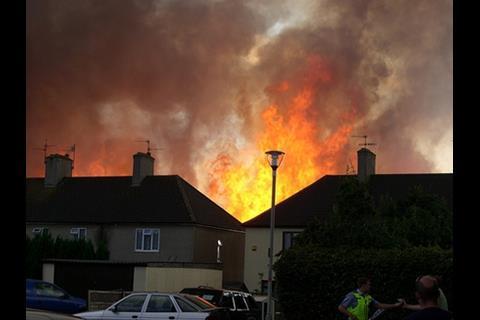 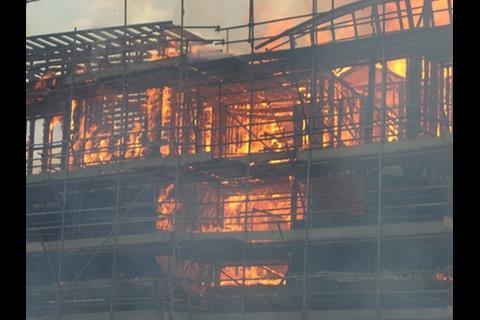 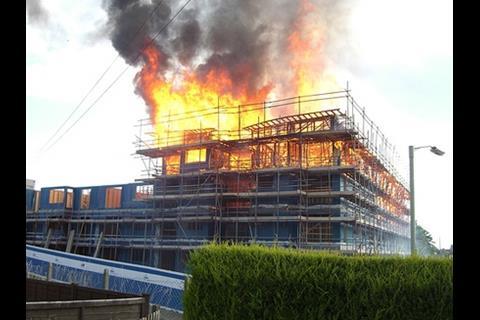 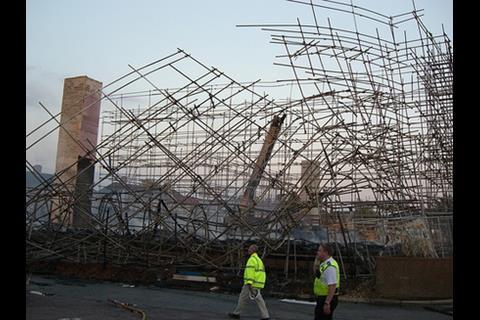 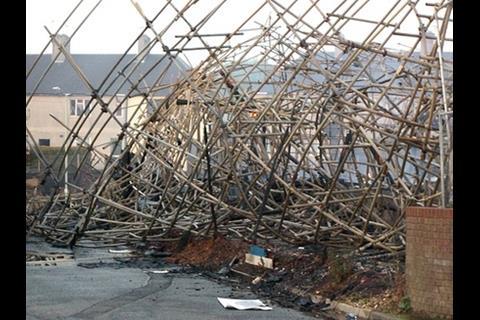 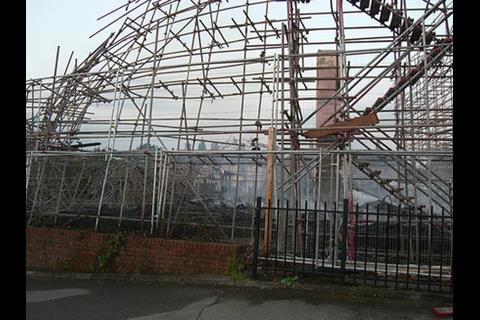 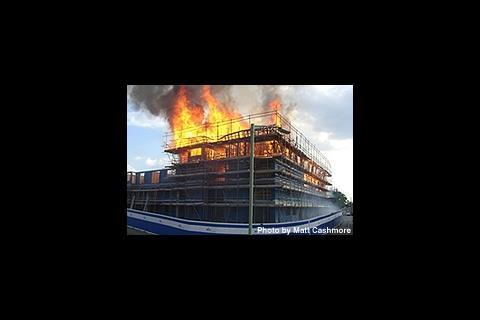 Blaze strikes at Mansell timber-framed scheme on Saturday, part of an £80m redevelopment of town centre

Police are believed to have cordoned off a site in Hatfield which was struck by fire over the weekend. A blaze hit the new flats scheme in the town centre on Saturday afternoon. The fire brigade was called to the site, which was being built by contractor Mansell for client the Metropolitan Housing Partnership (MHP).

A spokesperson for the Hertfordshire Fire Service said that the cause of the fire on the two timber-framed blocks was believed to be accidental but that an investigation had begun. No one was hurt in the blaze.

The spokesperson added that 12 fire engines were called to the site and 50 fire fighters were needed to control the blaze. The fire service only left the scene last night and the fire also affected a nearby industrial unit.

Eyewitness and local resident Scott Newson, business development manager at M&E contractor Emcor Engineering Services, said the fire had been the biggest one to have hit the area for some time. He said the heat from the fire had been intense. "It must have been pretty hot," he said, adding that there was some concern that the fire could spread to nearby existing houses. "Nearby street lighting was melting, it was that hot," he said. "There were also a couple of explosions from gas cannisters." Newson added that nearby streets were closed while the fire was being controlled.

The scheme was designed by architect PRP and is on the former Forum theatre site on Lemsford Road. The scheme was being developed by MHP in partnership with developer St Modwen and included 84 flats, which were due to be completed next year.

A spokesperson for MHP said the partnership planned to visit the site latter today.