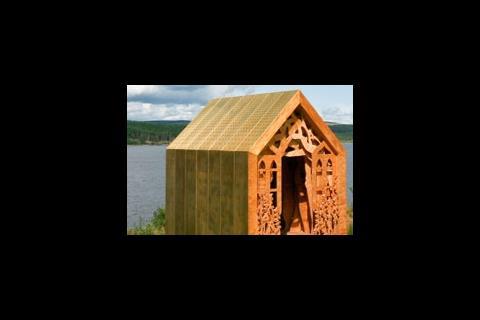 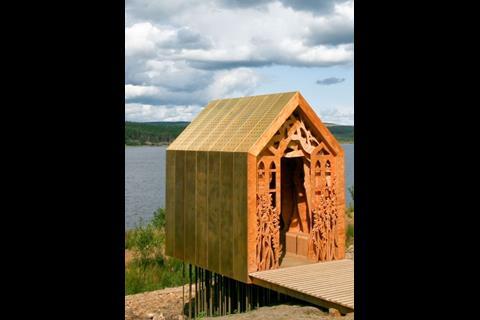 A lakeside shelter on edge of Kielder Water has been made from Nordic Royal, which retains its golden colour

The first building in the UK to use a new type of copper alloy which keeps its golden hue has been completed on the edge of Kielder Water, northern Europe’s largest man-made lake.

Designed by Studio Weave, the roof, sides and underside of the lakeside shelter have been made from Nordic Royal. Unlike copper which develops a dark brown colour with oxidation followed by its distinctive green patina, Nordic Royal is an alloy of copper with aluminium and zinc which has a thin protective layer. As a result the surface retains its golden colour and simply loses some of its sheen as the oxide layer thickens with exposure to the elements.

Freya’s Cabin is one of two allegorical visitors’ shelters overlooking Kielder Water. The sheets were perforated to symbolise the golden tears of Freya.