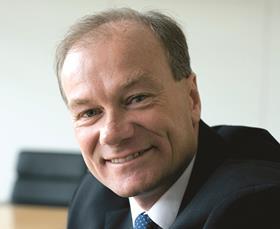 Bovis Homes boss Greg Fitzgerald says he has completed the restructuring of the business which last year saw it dogged by complaints over unfinished homes.

Fitzgerald, who joined the business last spring, said: “I am very pleased with the level of operational progress the group has made during the year.

“We have significantly improved our customer satisfaction through a series of initiatives and controlled period ends.”

He added: “The business starts the new financial year in a much stronger position as a result of all of these initiatives.”

These have included sending staff on customer training programmes and restructuring the business from eight to seven operating regions.

Fitzgerald (pictured) added that it is targeting high quality site managers and has begun paying them more and investing in their training and development. “The quality of our site managers is critical,” he added.

This took in £3.5 million in customer care provision, £4 million in restructuring costs and £2.8 million advisory fees linked to defending itself from two aborted takeover attempts from rivals Galliford Try, where Fitzgerald was previously chief executive, and Steve Morgan’s Redrow.

Cenkos analyst Kevin Cammack said hiring Fitzgerald was a masterstroke and added: “Isn’t it amazing that in just 10 months with the enigmatic Greg Fitzgerald at the helm we can be waxing lyrical about recovery and not even giving a second thought to the frankly awful 2017 results and wasting any time dissecting the error of Bovis’ ways. That is the mark of the man and the difference he has made already.”

Bovis completed 3,645 homes in 2017, 8% lower than the previous year, confirming a building slowdown as it focuses on quality.

In a note broker Peel Hunt said Fitzgerald’s recovery plan was bearing fruit. “No big surprises in the finals with the group turning the corner in terms of performance in H2 on the back of the various changes brought in by the new CEO,” it added.

It added that it expects to pay a £60m special dividend later this year with the firm handing shareholders a total of £180m by 2020.