Barton Willmore has submitted plans for a mixed-use scheme in Reading that are being developed by the Berkshire town’s football club.

Called Royal Elm Park, the scheme will be built in the southern end of the town in the shadow of the Championship side’s Madejski stadium and will include 630 homes and a 8,000sq m public square – known as Stadium Square – as a well as a convention centre, hotel, 2,000sq m of retail and an ice rink.

It is being developed by RFC Prop Co Ltd, a partly-owned subsidiary of the football club.

Barton Willmore’s planning director Kim Cohen said “South Reading is a focus for growth and regeneration within the Council’s planning policy framework and this new mixed-use development has undeniable potential to contribute significantly to the enhancement of this area.” 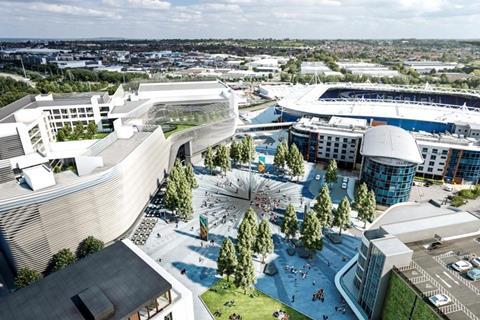