Key workers will be tested on a car park at the Midland Metropolitan in Sandwell, as Balfour Beatty, which restarted main works just two months ago, continues work on the main building. 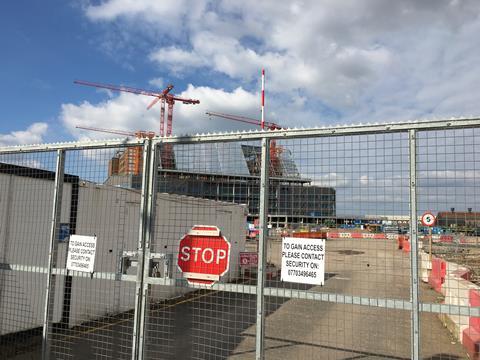 The project, which is not expected to open for two years, was halted in January 2018 after Carillion went bust.

He said: “This new service will help end the uncertainty of whether NHS and social care staff need to stay at home meaning those who test negative will be able to return to work.”

A drive-through coronavirus testing facility has also been opened at Edinburgh Airport as part of the government’s UK-wide drive to increase testing for thousands more NHS and other key workers.

The Edinburgh Airport site sits alongside a rapidly expanding network of testing sites being set up around the UK and is operating on an appointment-only basis for NHS staff and other key workers. The facility will be piloted for its first few days of operation.

The testing programme is being headed up by former Interserve chief executive Debbie White.