Forterra said it will spend £27m upgrading one of its factories to target more residential and public sector work after the firm returned to the black in the first half of this year.

The brickmaker, which in the first six months of last year racked up £21m of exceptional items sending it to a £23.3m pre-tax loss, said interim pre-tax profit for the period was now at just over £27m.

Turnover was up 47% to £180m as workloads bounced back from the effects of the first lockdown last March but the figure was still 7% below the £193m pre-pandemic level recorded in the first half of 2019. 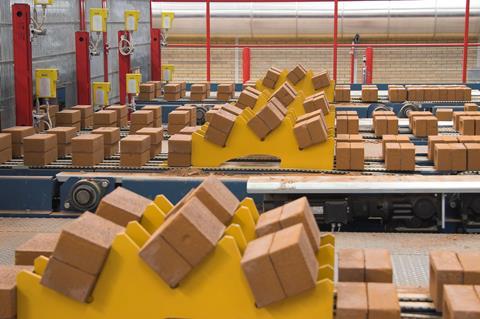 It said work had increased on the back of strong demand in the new build and repair and maintenance markets.

Forterra said the £27m it will plough into its 30-year-old Wilnecote factory in Staffordshire will be spent on a new kiln, dryers and handling equipment.

It said it wants a bigger slice of the 400m bricks-a-year residential, commercial, schools and hospitals sectors, around 17% of the UK brick market, after admitting “it is a market where Forterra has traditionally been underrepresented”.

Forterra said the upgraded factory will produce a wider range of high specification products including greater numbers of the Staffordshire blue bricks, adding the investment will see production upped by 20% a year or the equivalent of six million bricks per annum.

The factory will be shut for nine months next year before being recommissioned at the end of 2022.