Foster + Partners in bid to build in outer space 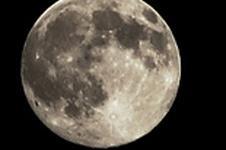 After dominating the architecture scene for 40 years, Norman Foster seems to have decided that the world is not enough: his practice has joined a European consortium to look into how future structures could be built on the Moon, Building can reveal.

The consortium is to tender for a contract from the European Space Agency as part of the Aurora programme. The agency’s objective is to devise, and then implement, a plan for robotic and human exploration of the solar system, with the Moon and Mars as the most likely targets, and to to establish a more permanent presence on the Moon.

The open invitation to tender asked companies to investigate the possibility of adapting materials found in space for building purposes. Research undertaken by the Apollo astronauts in the late sixties will also be used.

A spokesperson for Foster + Partners confirmed the practice’s involvement. She said: “It’s a study to look at possible building technologies that might be used for space exploration.”

Tenders must be undertaken with partners with experience of working in space. Industry experts believe the consortium that Foster is a part of stands a good chance of winning, owing in part to the expertise of other members of the team such as Alta Space, a specialist in space technologies.

One of the consortium members said: “The expertise required for this kind of study is specialised. We know of only one other tender.”