Foster + Partners saw profit and revenue fall again last year as the firm’s founder said the government needed to get on and sort out a Brexit deal with the EU – or risk talent going elsewhere.

The country’s biggest architect carried out work in close to 50 countries last year including high-profile jobs for Apple at its campus in California as well as a series of store openings for the tech giant in major cities around the world including Milan.

But the firm’s founder Norman Foster, who turns 84 next June, said his business was under threat from Brexit.

He said: “The strength of the practice and its ability to compete successfully on the international stage is related to its ability to attract the best young talent from all over the world. This is true for many professional practices and enterprises in the UK and given the new era of Brexit it is a vitally important message that needs to be noted by our political leaders.”

And he added: “Overseas trade brings considerable economic benefits to London and the UK. Swift clarification on the trade implications of exiting Europe is also important.”

Foster, who lives in Switzerland, is believed to be the highest paid director at the business whose latest accounts for the year to April 2018 show he picked up £2.2m – nearly double the previous year’s £1.2m.

Workloads in the Middle East fell by 44% to £38m while revenue in South America tumbled 70% to just under £9m. Turnover in the UK, where last year Sir Robert McAlpine completed the firm’s Bloomberg building in the City of London, fell 11% to £23m.

In a statement, the company said the fall in turnover “has been due to the effect of several very large projects completing together” and added: “We would not attribute this to the effects of Brexit but we continue to stress that we need clarity from the government on Brexit plans.”

Foster + Partners also bought the last of the shares held by private equity firm 3i after Foster sold a 40% stake in the business for £84m in 2007. It said the £27.6m of shares were “the last direct link” with 3i and had in part been paid for by a £137m loan the practice secured last September.

The number of staff at the business dropped to 1,266 from 1,425. The accounts also show it had a credit of £100,000 which “comprises the unused portion of staff reduction costs provided in the prior year”. 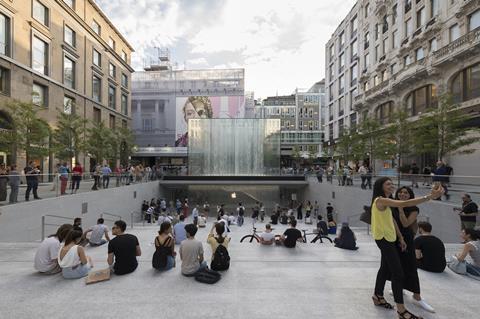