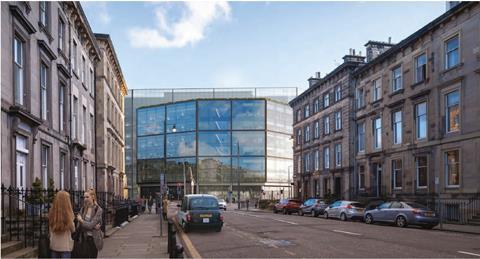 Foster + Partners has won a £300m mixed-use scheme in Edinburgh at a plot next door to the Scottish capital’s Haymarket Station, Building understands.

Fosters was brought in earlier this year to look again at the masterplan which had been drawn up by Scottish firm Richard Murphy Architects with Reiach & Hall and Sutherland Hussey among the practices working on the original scheme.

This dated back to 2008 but was stalled because of delays to completing work to strengthen tunnels on the site.

The revised job then went out to tender with four practices bidding with Fosters beating remaining rival Aukett Swanke.

The architect has been chosen by developer M&G for the goodsyard site which will run across more than 370,000 sq ft of offices, hotels and retail.

The site already has planning permission for three grade A office buildings and a 172-bed aparthotel.

M&G, which is the investment arm of insurer Prudential, is working with Qmile Group, the Edinburgh developer behind the £750m Quartermile project in Edinburgh which Fosters worked on back in the mid-2000s.

M&G bought the site from an Interserve team last summer for £49m. 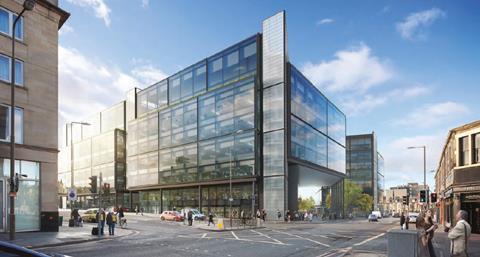 View west from the Morrison and Torphichen Streets junction