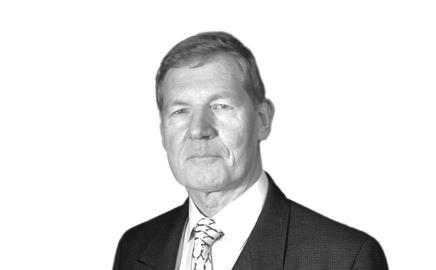 Stan Hornagold has left Hornagold & Hills, the project manager he co-founded 20 years ago, amid a wave of departures from the company.

It emerged this week that Hornagold (pictured) and three more of the firm’s 12 senior partners – Steve Washington, Laurie Morley and David Bird – have left the firm, which was taken over by Mouchel Parkman last November. Hornagold is now setting up a consultancy business with his son Martin.

It is understood that in addition to the senior departures, there has also been an exodus of staff from the consultant, with one source close to the company putting the figure at about 40%.

Hornagold, right, originally agreed to work with Mouchel Parkman in an advisory capacity, but it is understood that his involvement had been gradually scaled back.

The consultancy he is setting up with his son will be called the Marstan Group. Martin Hornagold, until this month a project manager at Hornagold & Hills, will be managing director.

Hornagold is also expected to increase his involvement in the regeneration of the Thames Gateway, of which he has been an outspoken critic.

Last month, Hornagold was given a position on the board of the London Thames Gateway Development Corporation by Yvette Cooper, the housing minister. The position is for three days a month at a salary of £11,805.

Hornagold said: “After 20 enjoyable and successful years I have left Hornagold & Hills. I wish the company well but I am looking forward to new ventures.”

A Mouchel Parkman spokesman said: “Stan Hornagold has left the business on amicable terms to pursue other interests.” He added that, excluding redundancies linked to the merger, staff turnover at Hornagold & Hills was no more than 15%.

The spokesman said that the Hornagold & Hills brand would continue to be used where appropriate.