Four firms are understood to be in pole position for the £1bn scheme to upgrade the A66 in northern England.

The 115 mile route, first built in the 1960s, will see the remaining stretches of single carriageway dualled to cut down on congestion and bottlenecks at key points of the road.

Traditional road builders Balfour Beatty, Kier and Costain are all in the mix along with Keltbray – which has made the cut after it picked up the infrastructure business of collapsed contractor NMCN last autumn. 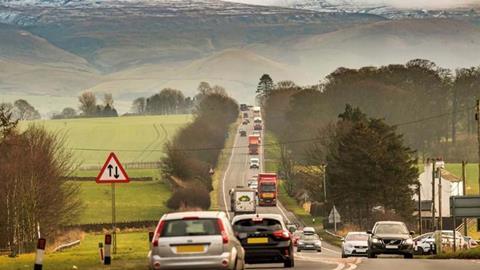 Around 10 jobs went across to Keltbray, including the A66 work, along with flood alleviation and renewable energy contracts.

All four firms are part of National Highways’ regional development programme, its new style contracts introduced three years ago which the agency says incentivises companies to improve safety and journeys.

National Highways has broken down the job into four packages with a six week consultation on its proposals ending last November.

A development consent order, to obtain permission to construct the project, will be submitted to the Planning Inspectorate this spring. Provided it gets the green light from planners and the government, work is expected to start in either 2024 or 2025.

The A66, which runs from the A1 at Scotch Corner in the east to the M6 at Penrith in the west, is a key route linking the central belt of Scotland with the eastern side of England as well as the North-west and Midlands.

It also is used by a large amount of tourist traffic, especially in the summer, as it passes through the Lake District and Yorkshire Dales national parks as well as the North Pennines Area of Outstanding Natural Beauty.