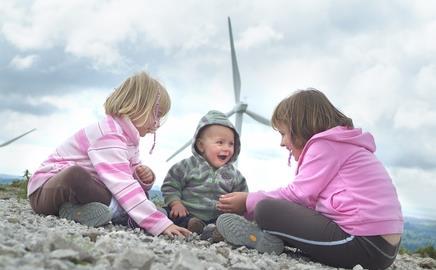 Glory and goodies for best picture of future energy

There is still time for David Baileys trapped in the world of sustainability. Skilful photographers could get their photo featured on the front cover of the British Wind and Energy Association (BWEA)'s quarterly publication , RealPower. It is the first formal competition the Association has organised. The idea began when the BWEA began seeking images for its 2007 annual review.

The photograph which the panel thinks best shows how a renewable energy project integrates within a landscape and / or community will also win £150 of Jessops' vouchers.

A professional group of judges including the Independent’s deputy features picture editor, Annalee Mather, and documentary photographer, Carlos Reyes-Manzo, will decide the outcome.

The title of the work is to be “Wind, Wave and Tidal: Our Energy Future” and the the aim of the competition is to show how renewable energy projects bring hope that the UK can move towards an energy-sustainable low carbon economy.

Runners up in the competition will have their photos published inside RealPower. The second prize winner will also gain inclusion in the BWEA’s annual review as well as a book of photography of their choice; the third prize winner will get a bottle of champagne instead.

Winners will be announced on the 15th December. Schemes photographed must be in the UK and a maximum of five photos can be submitted.

Photos, black and white or colour should be sent to: BWEAphoto2008@googlemail.com by 10th December.