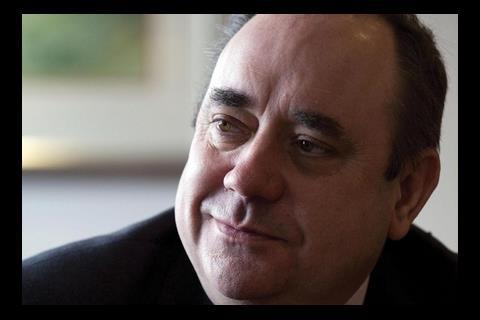 Salmond: PFI had cost taxpayers too much 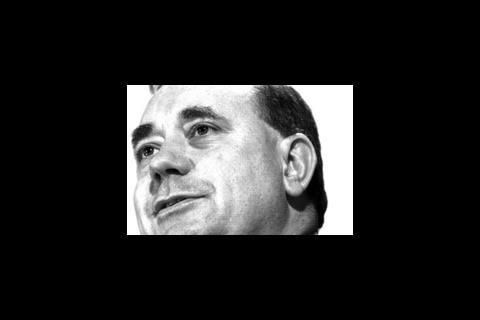 Scotland’s transport minister admitted to the Scottish parliament last week that he had no idea how his government was going to pay for a £300m motorway bypass in Aberdeen.

Stewart Stevenson’s admission was the latest blow to the Scottish Futures Trust (SFT). The SFT, which was expected to be the procurement route for the motorway, was introduced by the Scottish government as a replacement for PFI last September. It was intended to finance large capital projects.

Alex Salmond, Scotland’s first minister, insisted PFI cost taxpayers too much. The SFT, which operates on a not-for-profit basis, is intended to save money by limiting the returns private investors can make.

So far, the SFT has failed to put a single project out to tender. Frustrated by the lack of progress and alarmed by the effects of the recession, there is growing demand in Scotland’s construction industry for a return to PFI.

Grahame Barn, director for Scotland at the Federation of Master Builders, said: “We need to revert to PFI until the economic crisis is behind us and the SFT model is robust enough to attract investment. The government keeps saying ‘watch this space’, but nothing is happening. It’s scandalous.”

His views were echoed by Michael Levack, chief executive of the Scottish Building Federation. “There’s a massive void in projects coming through and something needs to happen now,” he said. “The industry is at breaking point.”

The SFT has been dogged by controversy since it was unveiled. It had been in development for almost two years, but a chief executive was only appointed last month. Barry White, the former managing director of BAM Group UK’s PPP division and previously a critic of the not-for-profit model, finally started his £180,000-a-year job last Friday.

There’s a massive void in projects coming through. The industry is at breaking point

Meanwhile, figures released by the Scottish parliament earlier this year showed that more than £4m had been spent on the SFT even though its board, chaired by financier Sir Angus Grossart, has met only twice.

Levack said: “I’ve tried to contact Sir Angus to discuss the SFT, but nobody has bothered to get back to me. The situation is becoming ridiculous. Nobody in the government seems to know what’s happening.”

An Edinburgh-based banker, who has financed and put PFI deals together, said: “Banks and other funders would be more confident about coming back into the market if these schemes were PFI. Funders were comfortable with the risk of PFI. They’re not comfortable with risk of the SFT: it’s that simple.”

Despite the uncertainty, Scottish parliament insiders said the government was due to announce some “pathfinder schemes” worth between £2m and £5m in the Highlands and the Lothian and Borders areas this week.

But even these small projects will not get to site until later next year. There are still no signs of any large-scale schemes being put out to tender and the government has abandoned plans to use the SFT to fund large transport projects such as the new Forth crossing as well as the Aberdeen scheme.

A Scottish government spokesperson said: “The SFT will be used for a school project later this year. We have a massive £35bn infrastructure investment programme over the next decade – that’s £3.5bn this year alone on roads, schools and hospitals right across Scotland. Estimates suggest this will support 52,000 jobs in the Scottish economy. The SFT has a pivotal role to play.”

Unfortunately, as Stevenson pointed out, the government remains unclear about precisely how pivotal the SFT’s role will be.