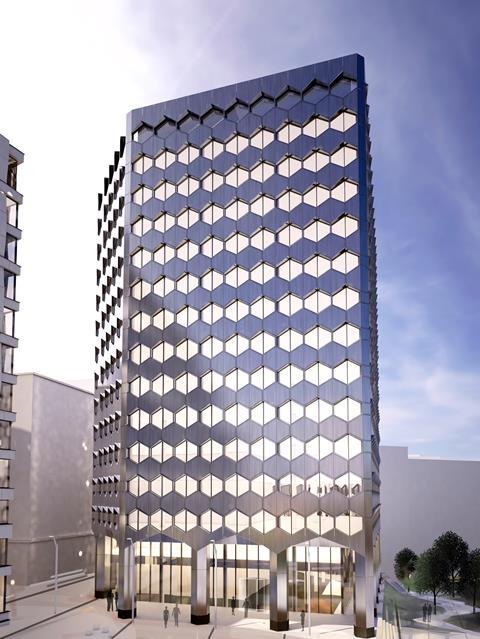 Galliford Try has bagged the £65m contract to build another office building at the Arena Central development in Birmingham.

The firm has already been building a new office, 1 Centenary Square, at the 9.2 acre scheme for HSBC and announced yesterday that it had been awarded the fit-out contract for the project.

The latest building, 3 Arena Central, designed by Make, is being funded by Legal & General and has been leased by the government to house departments including HMRC.

The 240,000 sq ft building being delivered by developer Arena Central Development will accommodate over 3,600 civil servants when complete in spring 2020.