Galvanising is a bridge to durability 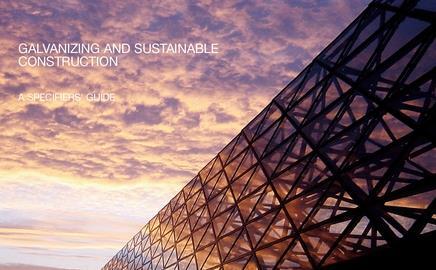 Galvanised steel can survive 100 years without remediation, according to a new specifiers’ guide from the Galvanisers’ Association (GA).

The organisation bases its conclusions on the study of a galvanised steel bridge in Ehzer, Holland. The bridge was erected in 1945 by Canadian troops in support of the liberation of the Netherlands. It was inspected by officers from the Dutch Galvanisers Association and showed no significant reduction of the coating thickness. The galvanising process involves dipping steel in a bath of molten zinc thus minimising rust and staining.

In the GA's report, which can be ordered here, the GA claims the process’ durability makes it a ‘major contributor towards sustainable construction’ when that construction is done with steel. It cites the 100% recyclability of zinc, the material most used for galvanising, as another reason that it should be considered by those seeking green building techniques.

The Association has employed radical green material guru, Prof Tom Woolley, from the Centre for Alternative Technology, to co-write the guide. The GA hopes that Woolley’s presence will help convince readers that the report is scientifically verifiable rather than another bucket of industry greenwash or a marketing brochure.

“The Association fears that while many declarations are made in good faith, too many incorrectly attempt to position sustainability as a black and white issue,” it said in a press release.

Tom Woolley added: “There is a great deal of confusion and misunderstanding as to what green and sustainable buildings are, and the many claims being made by suppliers about the green credentials of their producers.

Distinguishing between being good for the environment and ‘greenwash’ is not easy. I applaud the galvanising industry’s desire to avoid this and their willingness to lay its environmental credentials open to public scrutiny."