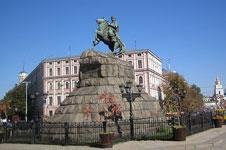 Gardiner & Theobald has exited eight countries in Eastern Europe and is transferring ownership of its offices in the region to its former country managers.

G&T said it had taken an “affirmative decision” to exit Eastern Europe to refocus its resources on “more stable” parts of Western Europe in France, Germany, Ireland, Sweden and now Denmark, where it opened a new office this month.

G&T is transferring ownership of its Eastern European businesses to three separate companies founded by its former managers - BHP International under Alasdair Barnard in Bulgaria, Walker & Associates under Peter Walker in Ukraine and the remaining offices as Sentient under Mark Rea, Jan Holyst, Jim McDaid, Gavin Moore and Martin Scheuch.

The consultant said its offices in Eastern Europe had experienced “tough trading conditions”.

The firm added it “will maintain open lines of communications with these new businesses for possible collaborations in the future.”

G&T opened an office in Copenhagen, Denmark, this month, two years after opening its first Nordic regional office in Stockholm, Sweden, in 2011.

The firm said the Nordic region was “proving to be an exciting and prosperous new market for G&T” and the firm had a team based in Finland and projects in Norway.

G&T’s managing partner Simon Jones said: “G&T’s international policy has been to select the geographical regions which are best fit for the business and the pipeline of opportunities at any given moment, and opening, closing and amalgamating offices along the way as the need arises.

“G&T continues to use this tried and tested formula of cautious organic growth in response to the ebb and flow of market opportunities.”