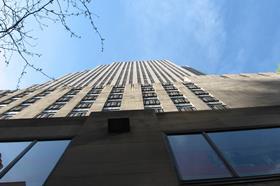 Gardiner & Theobald has won a prestigious role on the revamp of a New York television studio to host NBC’s long-running chat show The Tonight Show.

G&T is project and cost managing the renovation work at NBC’s eponymous headquarters at 30 Rockefeller Center.

G&T is also renovating another studio in the NBC building, which will also host a chat show.

Andrew Mann, managing director of G&T in the Americas and Caribbean, said: “NBC is America’s late night leader with the number one rated shows. We are delighted to be appointed on such a prestigious and exciting project.”

Last October G&T landed the project and cost manager role on a Foster + Partners-designed 41-storey skyscraper in the city.