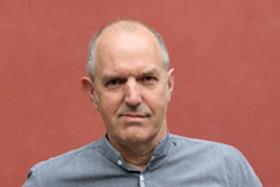 Glenn Howells Architects director Marcus Lee is quitting the architecture practice to focus on his elderly father’s defence in a £1m legal case over asbestos poisoning.

Lee, who joined the firm’s London office in 2011 from Arup, is leaving to devote more time to the upcoming court case involving his father Vernon, who is a retired former RMJM director, according to Building’s sister title Building Design (BD).

The case relates to a former RMJM employee, John Miller, who died in 2009 after being allegedly exposed to asbestos dust during his working life, which included six years at RMJM in the sixties and seventies. Lee is expected to leave Glenn Howells Architects by the middle of next month. He told BD he will take on consultancy work while he co-ordinates his 89-year-old father’s defence, adding: “This has not been an easy decision.”

Director and practice founder Glenn Howells said: “We wish Marcus every success in the future and in supporting his father.”