Report predicts worldwide output to rocket by 85% through to 2030, driven by growth in China, India and the US 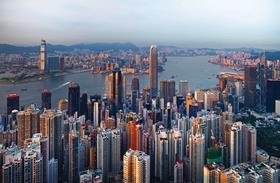 Global construction output will rocket by 85% through to 2030, thanks largely to the economies of China, India and the United States, predicts a new report published today.

The report says the UK is the “stand out growth market in Europe” and will be the world’s sixth largest construction market by 2030, taking over Germany by 2025 to become the largest market in Europe.

It says mega projects are expected to drive heightened growth in UK construction over medium-term and long-term.

The report forecasts the volume of total construction output in the UK will increase by an average of 2.9% a year between 2014 and 2030, with growth strongest in infrastructure and slowest for non-housing work.

For China however – the world’s largest construction market – the report says construction growth will slow considerably with a slump in housing and will register a first ever decline in housing output in 2015, with weak infrastructure growth as industrialization slows.

Overall construction growth in China is also set to drop next year to an historical low point of 2.2%, but by 2030 it is still expected to $4.1 trillion to the total.

India is expected to be the fastest growing construction market in the world to 2030, and by then will account for 18% of all global growth with a market reaching $1.5 trillion.

The country also has the largest housing needs globally with a total of 170 million new homes needed by 2030.

In the United States, the US construction market is fastest growing developed country globally, with an average of 5.0% a year to 2030.

US construction is expected to grow faster than China over the next 15 years.

The report says the top eight global construction markets – China, US, India, Indonesia, UK, Mexico, Canada and Nigeria – will account for 70% of global growth in construction to 2030.