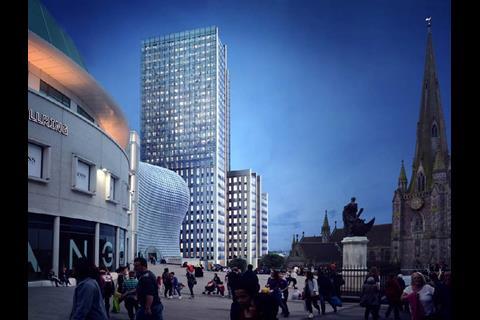 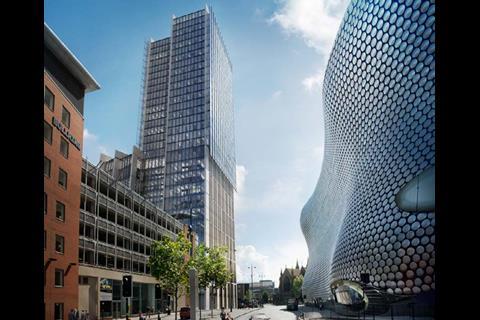 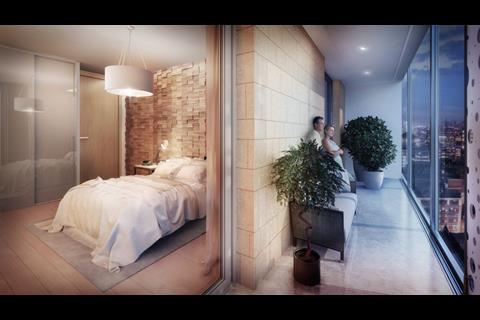 30-storey tower will be close to HS2 station

The 30-storey tower is part of the final phase of a £200 million development in Digbeth known as the Beorma Quarter, close to a proposed HS2 station.

The first phase – which included the refurbishment of the former Bullring Markets Coldstore building into an office complex and innovation centre – was completed earlier this year.

The latest phase includes the 30-storey tower containing 15,000sq m of office space, some retail and 125 flats, each with a winter garden. Broadway Malyan replaced Trevor Horne Architects on the project about a few years ago.

Birmingham-based Broadway Malyan director Neil Rose said: “The name of the development itself harks back to the ancient founder of the city. The scheme has changed significantly since original proposals were approved in 2009, however we have striven to pay homage to the area’s historic roots and retained the concept of expressing the site’s medieval burgage plots in the design of the tower.

“The primary facades of the tower will also be faced in sandstone to reflect the underlying geology of the area and to ensure the development remains in keeping with its surroundings where it will act as a bookend for the Selfridges building along with St Martin’s Church.”

Enabling works for the project, for Kuwaiti property group Salhia Investments, are set to start this month.