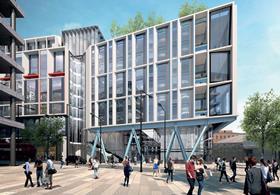 Google’s proposed £650m UK headquarters at King Cross has been delayed by “at least” three years, the boss of the firm appointed to build the high-profile office has admitted.

Google announced last November that it had decided to scrap the design for its £650m HQ in King’s Cross in a move the firm said was aimed at “challeng[ing] ourselves to do something even better”.

The tech giant did not give a time frame for the review, but as Building revealed earlier this month, it is expected to take as long as two years, amid a wider review of the tech giant’s planned large-scale developments worldwide.

However, now it has emerged that Bam Construction, which won the £300m main contractor role on the project in March 2013, expects that construction will not now begin until “at least 2017”, three years later than the original start date of early 2014.

Architect Allford Hall Monaghan Morris has been retained to rework the design of the 750,000ft2 scheme, with cost consultant Gardiner & Theobald and engineer Waterman also continuing in their roles.

Bam said that it was “delighted” to have been appointed as preferred bidder for the Google HQ job, but was “disappointed” that the project had now been delayed. 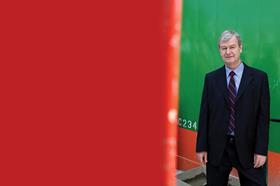 Writing in the accounts, Bam Construct chief executive Graham Cash said: “We were delighted to have been selected as preferred bidder for Google’s new Headquarters in King’s Cross.

“It is disappointing - from our point of view - that the building has now been delayed to at least 2017 as Google has asked its concept architects to go back to the drawing board.”

Cash said Bam was continuing to provide “sustainability consultancy to Google, assisting them to redefine the sustainability vision for the new headquarters”.

However, Building understands that Bam no longer considers the job as part of its pipeline and expects the project to ultimately be put back out to tender.

Google’s proposed £650m UK headquarters at King Cross has been delayed by “at least” three years, the boss of the firm appointed to build the high-profile office has admitted.

The wider Bam Construct UK group, which also comprises facilities management and property businesses, posted a 9.7% fall in revenue to £828m, down from £917m the previous year.

The firm said it was now targeting £100m turnover in its FM business by 2017.

Writing in the accounts, Bam Construct chief executive Graham Cash said: “2013 was another difficult year for most in our industry.

“Due to the lengthy nature of procurement and delivery of construction and property development projects, our sector felt the effects of recession later than the rest of the economy.

“Similarly, it will take longer for us to see the benefits of the recovery.

“Nonetheless, I feel that Bam Construct UK has withstood the effects of four years of recession well. Our financial performance in 2013 is reasonable given the market we are in.” 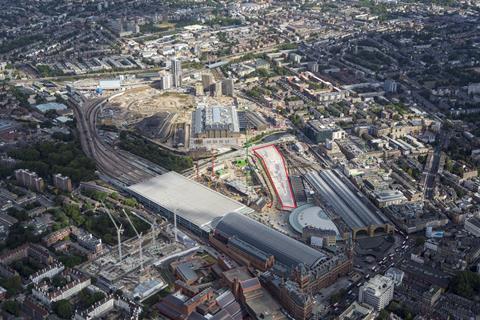