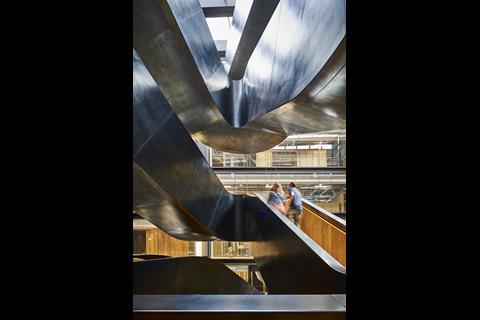 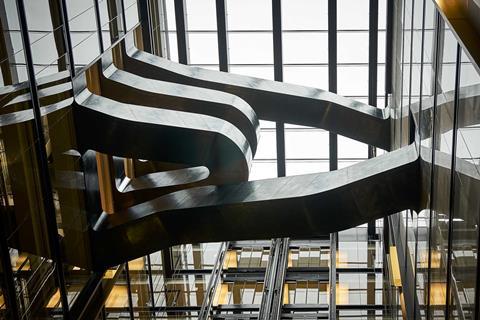 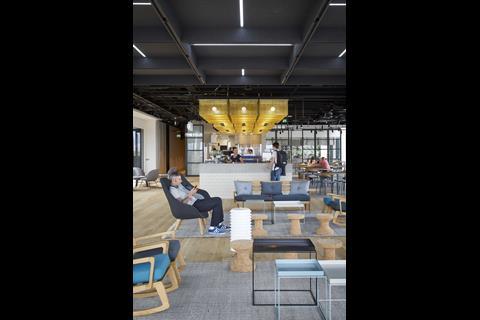 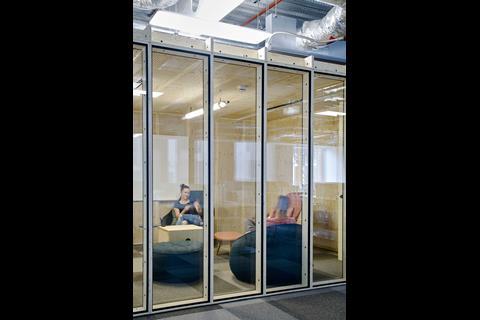 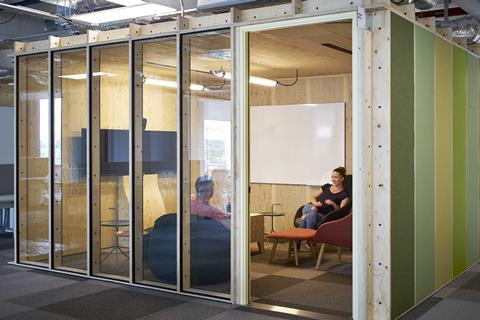 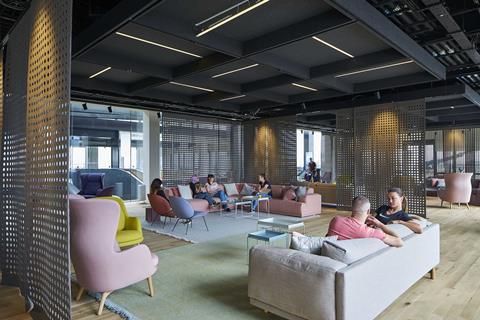 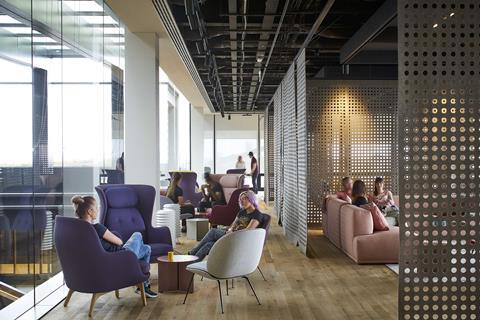 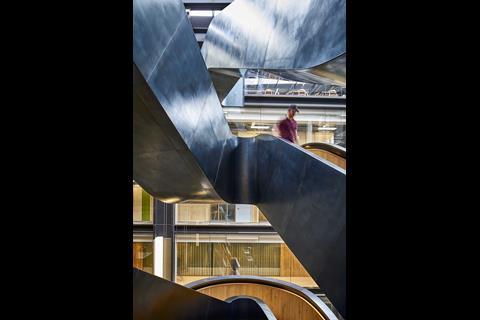 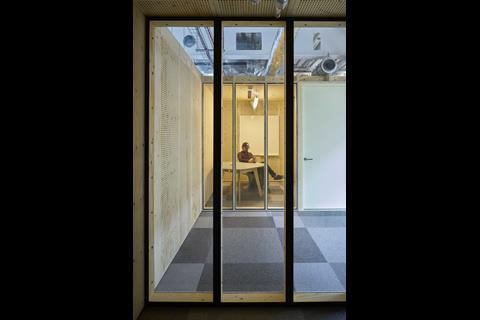 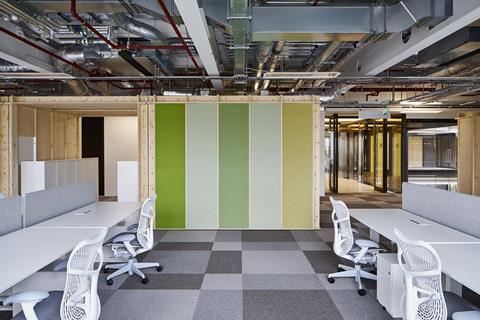 Architect thrown off HQ retained for interiors at interim office

Google has started moving in to Wilmotte & Associes’ 6 Pancras Square in King’s Cross.

The interiors have been designed by AHMM, which was ditched from the job of designing Google’s £650 million European headquarters last year.

BIG and Heatherwick Studios are now working on that project but in the meantime Google has taken space in two buildings at the Argent development – 6 Pancras Square in the south and Mossessian Architecture’s Building S2 to the north.

Simon Allford, a director at AHMM, said: “We are delighted that phase one of this key project to house Googlers at King’s Cross is now complete. This is the first of a series of projects for Google where we are pursuing the key idea of an inventive and responsive architecture of theatre, stage set and props. The core focus has been to create a highly adaptable workplace that can respond quickly to the requirements of an ever-changing technology company.”

AHMM has selected muted colours for communal areas. The upper floor are connected by black steel and oak staircases to encourage chance encounters. There is a terrace, sleep pods and a free canteen.

Occupants can control the temperature, light levels and blinds. Air quality was a priority and the building has a high level of energy submetering to enable monitoring and breakdowns of energy consumption throughout the its lifetime.

A healthy materials programme was adopted to eliminate harmful compounds from the construction and a carbon consultant helped save the firm 2,100 tonnes of CO2 emissions, it said.