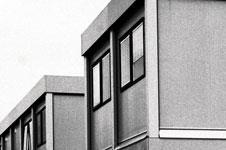 The government is to give an extra £300m of funding to get stalled college schemes being built under the Learning and Skills Council programme off the ground.

The extra money announced in today’s budget will mean that a small number of the 144 stalled schemes will be able to be restarted.

A spokesperson for the Department for Universities, Education and Skills said it hoped that the projects could get the go-ahead as early as June, with the LSC scheduled to finalise a system for reprioritising projects in May.

The money is only likely to help a handful of the 144 stalled projects – a previous advance of £300m, announced in March, was enough to restart eight projects.

However, the budget also included a £1.2bn baseline settlement for the next spending review period – including £750m of new funding on top of £450m already committed to projects.

Whilst this is still not enough to cover the amount of projects which had applied to the LSC for funding before it was halted, it is likely that many of schemes will be substantially revised to make them cheaper to build, as the LSC’s overspend was partly due to it encouraging colleges to be overly ambitious with their projects. This should enable work on most of the projects to go ahead in some form – although on a longer time frame.

The LSC programme was halted in January, with it emerging last month that the body had given approval to twice as many projects as it could afford under its £2.3bn budget.