Government may struggle to wind down Help to Buy, says NAO

Report adds recouping all £11.7bn in loans not guaranteed 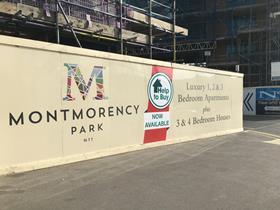 The government is facing an uphill battle to wind down Help to Buy while minimising negative effects on the housing market, a National Audit Office investigation has found.

In a progress review of Help to Buy, the watchdog found the scheme had increased home ownership and housing supply, particularly for first-time buyers, but said a proportion of participants could have afforded to buy a home without the government’s help.

It also said the scheme exposed the government to significant market risk if property values fall, as well as tying up a significant public financial capacity.

Gareth Davies, the head of the NAO, said: “Until we can observe its longer-term effects on the property market and whether the department has recovered its substantial investment, we cannot say whether the scheme has delivered value for money.”

The government expects to recover its money by 2031-32 and record a positive return but the NAO warned it faced significant risks such as house price changes and when buyers actually repaid their loans.

352,000: the number of home purchases the MHCLG forecasts will be supported by the scheme by March 2021

37%: the percentage of buyers in England who say they could not have afforded a new home without Help to Buy

8,440: the number of buyers using the scheme who had household incomes in excess of £100,000 at the time of using Help to Buy

38%: the proportion of all new-build homes sold using the scheme between April 2013 and September 2018

2031/32: the year which MHCLG expects it will have fully recouped its Help to Buy investments.