GCS latest: The government has been urged to overhaul its procurement policy to enable more SMEs to win public work 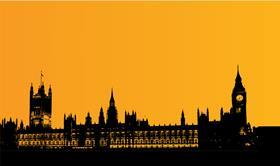 Steve Hindley, chairman of Midas, told a panel discussion at the Government Construction Summit in London today that frameworks were unfairly excluding SMEs, particularly in the regions.

Hindley said: “I do have a concern that some government frameworks are precluding all but the larger firms.

“I urge them to review how they procure, particularly in the regions.”

Hindley also questioned the argument often advanced by government that money trickles down the supply chain from larger firms to small firms.

He said: “The government imagines it’s like Russian dolls and money passes from large to small firms but it’s not always the case.

“Really it passes from generalists to specialists, and they may not be smaller.”

Trade and industry minister Lord Young singled out the construction industry as the UK’s least efficient sector: “Construction is the one area where we have to make it more efficient, particularly for the public sector.”

He also said the government is having success using SMEs: “We have seen some fantastic savings when SMEs have bid and won.”

Simon Kirby, chief executive for construction at HS2, said the project should work closely with the 2025 industrial strategy: “The HS2 first phase is scheduled to open in 2026, a year after Industrial Strategy for 2025 target.

“It’s a massive opportunity for the construction industry. In 2026 we don’t just want to open a great project, we also want to help achieve a step change in the industry.”