The government has revealed details of its plans to exclude suppliers with a poor track record on projects from winning future public sector contracts.

Under the proposals, published in response to the procurement green paper consultation, hundreds of rules required under EU law will be torn up, allowing the government to have more discretion to exclude poorly performing suppliers. 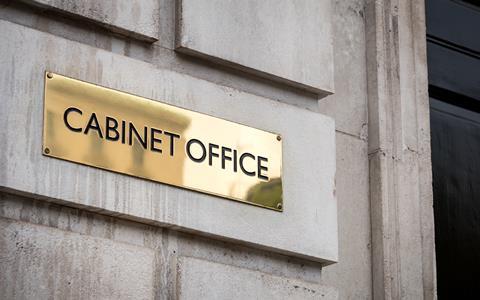 Cabinet Office is leading on the procurement reform

Firms could be banned for not delivering projects on budget or on time, for unethical practices, such as a lax approach to safety, or where there are national security or environmental concerns.

Under the current rules suppliers can only be excluded from winning  government contracts if there has been a significant breach of contract.

While the government said it could not be exact about when changes would come into effect it said “given the timescales around the legislative process, the new regime is unlikely to come into force until 2023 at the earliest”.

Measures to improve transparency will also be introduced so the public can see where tax payers’ money is being spent and compare spending across a range of services.

Procurement data will be published in a standard open format and a new single registration platform for suppliers will make it easier for SME businesses to bid for and win government contracts.

Under the new rules, procurers will also be able to give more weight to bids that include social value factors such as creating jobs for communities, recovering from the pandemic and support the transition to net zero carbon emissions.