The government has announced plans to build a new prison that could house more than 2,000 inmates, the largest ever built in the UK 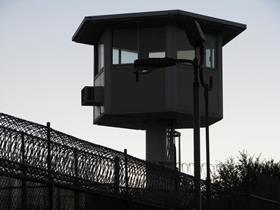 The announcement by justice secretary Chris Grayling came as part of a wider statement this morning on the prison estate, including the closure of six prisons.

But Grayling also said the government would begin feasibility work on a new prison “that could hold more than 2,000 prisoners - around a quarter more than the largest current facility”.

Grayling said: “My intention is to have more adult male prison capacity available than we had in 2010 but at a much lower unit and overall cost.

“Our strategy for achieving this is to replace accommodation which is old, inefficient or has limited long-term strategic value with cheaper modern capacity which is designed to better meet the demand for prison places and supports our aim to drive down stubbornly high reoffending rates.

“I am also announcing today that the Government is to start feasibility work on a new prison that could hold more than 2,000 prisoners - around a quarter more than the largest current facility.”

Grayling also said the government would seek to “significantly increase capacity” at four existing prisons - HMP Parc in Bridgend, HMP Peterborough in Cambridgeshire, HMP The Mount in Hertfordshire and HMP Thameside in London - by building additional houseblocks to provide up to 1,260 new places.