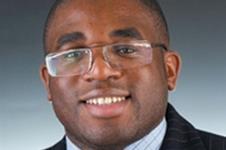 This is second round of funding, following 47 projects receiving funds in March

The government has approved a further £61.75m of funding for university construction projects.

The funding is the second round of a programme announced last December, with the first round of projects receiving funding in March. In this round, 47 projects are being funded at 26 higher education institutions.

David Lammy, the skills minister, said: "Following the success of the 97 projects that received funding in March, it is encouraging to see a series of new schemes that have been brought forward across the country to stimulate economic growth and benefit local economies.

In total more than £200m of capital funding will be brought forward through both rounds of the programme with 144 projects funded. With additional funding from Higher Education Institutions' own sources, the total spending resulting from this programme comes to over £370m.