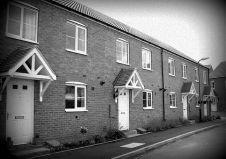 Up to 90,000 low-income homes will benefit from energy efficiency measures in plan to curb fuel poverty

The government is to provide energy makeovers to homes in poor areas as part of a four-step plan to curb fuel poverty.

Up to 90,000 homes in England, Scotland and Wales will receive help which it is hoped will save low-income families up to £300 a year on energy bills and save nearly 2.9 million tonnes of CO2 a year.

The first 10 areas include Dundee, Glasgow, Birmingham and the London boroughs of Southwark and Haringey. The work will be carried out by British Gas as part of the Community Energy Saving Programme (CESP).

Energy companies, in partnership with local authorities, will deliver about £350m of energy efficiency measures under CESP over the next three years on a house-by-house, street-by-street approach.

The announcement comes on the same day that the DECC published figures that show that up to 4.6 million homes in England could be in fuel poverty in 2009, this is up from 2.4 million in 2006.

Fuel poverty is defined as those who spend more than 10% of their income on heating their homes. The increase has been put down to rising fuel costs.