Government to release land for 150,000 homes 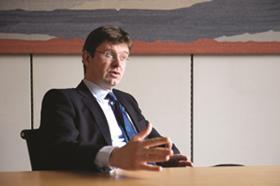 New communities secretary Greg Clark has set out a target to release public land for 150,000 homes over the course of the parliament.

Clark said he wanted the land to be brought forward by both central government departments and the 326 town halls across the country, with the Homes and Communities Agency having already identified 150 sites which will be made ready for housebuilding, enough for 14,000 homes.

Clark said: “I want to see departments going further and faster than before, starting right away, to loosen their grip on sites that are standing idle and to turn them over for house building.

“Councils are significant landowners and town halls should be looking at their estate, particularly brownfield sites, and thinking about how they could make better use of their holdings by releasing land for new homes for their communities,” he said.

In the last parliament the coalition said it brought forward enough public land for 103,000 homes, after setting itself a target of 100,000. The call from Clark comes after the government last week announced it will require local authorities to establish and maintain a register of brownfield land suitable for housing development, which will include their own land.

As of 2011 councils held £108bn of land and property assets. Clark was speaking ahead of the first meeting of a new ministerial housing task force today.

The government is also working with the Mayor of London to set up a new Commission for public sector land.

Working together with landowners from across the whole public sector, the London Land Commission willf focus on the disposal of surplus public land in the Capital.

Clark replaced Eric Pickles as communities secretary last month after the Conservatives won a majority at the general election.