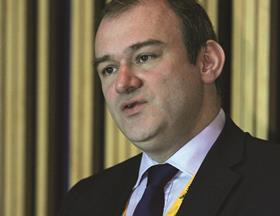 The government has set out plans to include incentives to reduce energy demand in its reforms of the electricity market, a move which could stimulate work retrofitting existing buildings to make them more efficient.

The government published plans today to allow firms to be paid for saving energy, providing opportunities for those working in this area in the built environment.

The plans form part of its proposals for a capacity market in the electricity sector, which will allow firms to bid to be paid for building capacity to meet peak demand for power, the proposal will see a similar system employed for reducing demand.

The government also published plans for a new supplier obligation requiring power companies to fund energy efficiency measures in the non-domestic sector. Plus, it will float plans for introducing premium payments for each kWh saved through energy efficiency.

Energy minister Greg Barker: “We have schemes already in place but there are more avenues to be explored and that’s what these ambitious proposals, a first for the UK, are designed to do.”

Paul King, UK Green Building Council chief executive welcomed the proposals on energy efficiency published by alongside the Energy Bill, which outline plans to reward firms and households that cut their energy use.

He said energy efficiency has traditionally been the ‘Cinderella’ of the energy debate, never given the prominence it deserves in an agenda dominated by the issue of energy generation.

He said: “After some major setbacks for its ‘Greenest Government Ever’ claims, today’s announcements are much more encouraging than many - including ourselves - have been expecting.

“It’s great to see government bringing forward innovative proposals to reduce energy demand, but of course, it will be critical that they learn lessons from the Feed-In Tariffs debacle and the Carbon Reduction Commitment to ensure that this is done in the right way and provides the certainty industry needs to invest.

“Just as we need to encourage consumers and providers to make the most of the Green Deal, we need to rally behind the Government’s efforts to reduce businesses’ energy demand too.

“Research from McKinsey cited by DECC suggests that a 26% reduction in energy use is possible by 2030 and we need to see this as a realistic target to cut demand, save money and carbon as well as helping us keep the lights on.”

The full proposals were published this morning and the Electricity Demand Reduction consultation will run until 31 January 2013.

The government published details of the main measures in the Energy Bill last week.

Mike Pigott, UK power sector director at Turner & Townsend, said: “Gas has emerged from the wings to play a surprisingly big role in the diverse mix proposed by the Energy Bill.

“There’s every chance that Britain will see a second ‘dash for gas’ as gas is cast as the least controversial, quickest to build and most reliable stop-gap source of power.

“New nuclear power stations will play a key role too, but the construction timescale they need is too long to address the immediate demand for power that gas will bridge.

“The bill also recognises the ongoing role of coal fired stations, albeit with the addition of carbon capture and storage technology.

“While the green lobby and consumer groups will continue to debate how much the investment in renewables will cost - and whether the prospect of higher energy bills will be worth it - the bill’s key goal is to provide some genuine certainty to the energy companies.

“The hard truth is that unless they can feel confident about the future shape of the industry and the energy market, they will not invest the huge sums required to build the new generating capacity that Britain needs to keep the lights on.

“The Contract for Difference proposals should go a long way to reassure investors that they will get a solid return on their capital costs.

“Ultimately the bill’s proposals can only be judged a success if the array of low-carbon projects proposed secure not just the funding they need, but are also delivered efficiently.”

David Symons, director at WSP, welcomed the energy efficiency consultation in the Energy Bill but said the challenges were substantial: “Helping homes and business use less energy is by far the most effective strategy to cut bills and although progress has been made the scale of the challenge is huge.

“There remains a significant gap between the situation today and the Government’s aspirations to reduce total energy use by 12% by 2020.

“Just last month, DECC predicted that with existing policies, total energy use across the UK would barely change over the next 18 years, rising slightly in both domestic (3%) and commercial (9%) sectors. See footnote below

“There is also a big gap between UK aspirations and targets already in place today in Europe. In Germany, for example there is already a target to reduce energy consumption by 20% by 2020 and by 50% by 2050 compared to 2008.

“Finally, a strong efficiency programme is also essential for homeowners and business because global energy prices are forecast to rise - gas prices by 17% in 2030 and oil by 7%.

“It does seem strange that the government is launching a major energy efficiency consultation just a week after it launched its energy efficiency strategy, but if the outcome is more action, greater competitiveness, and more saving for homeowners, then this will be more than welcome.”

“The new measures being introduced suggest that keeping the lights on and the economy on an even keel, have trumped the green agenda for the time being.

“The decision to put off introducing a binding 2030 decarbonisation target before 2016 could unsettle some investors. However, the biggest barrier when it comes to securing private finance will come next year when the government makes a decision on the level of subsidies it makes available for renewables and new-build nuclear schemes.

“One thing to look out for is whether further detail is provided on where the £7.6bn raised through higher customer bills will be allocated. New-build nuclear will help to provide low-carbon electricity however if most of the capital is allocated to nuclear at the expense of renewables, it will send a negative signal around the government’s commitment to this important sector.

“The gas industry appears to be the biggest winner and if a more detailed strategy is included as part of the Autumn Statement, there could be imminent movement in terms of building new CCG plants and gas storage facilities.

“A focus on gas makes sense in the short-term as it could help deliver the capacity required to keep the lights on, whilst its relative cleanliness compared with thermal based fuels, will enable the government to reduce the UK’s carbon footprint, albeit at a slower pace.

“The Bill will also be well received within the nuclear sector as it provides greater certainty around the government’s commitment to underwriting future new-build nuclear schemes. It’s no surprise that Hinkley was confirmed shortly after initial detail of the Bill was released, and over the coming months we’re likely to see an acceleration of support for the Horizon programme as well.”

“The offshore wind industry had been gearing up to demonstrate the key role it can play in the UK’s future energy mix however by refusing to set a binding decarbonisation target until after 2016, there’s a risk some of this momentum could be lost.

“That said, most of the investment decisions for Round Three offshore wind development won’t happen until 2016-17, so all is certainly not lost provided the right levers are introduced in 2016 when the economy is in stronger health.”

John Cridland, CBI director-general, said: “Energy-intensive manufacturing is finally getting its place in the sun today, by the exemption from necessary new energy costs. This is vital for such companies to play a key part in our low-carbon economy and it is good news that the government has listened to our calls to build in support at this early stage, which will ensure we reap the full economic benefits at the earliest opportunity.

“Equally important is the welcome boost the bill gives to investor certainty.”

Keith Parker, chief executive of the Nuclear Industry Association, said: “The bill provides much needed investment certainty. A major nuclear new build programme will lead to substantial industrial and employment benefits - including considerable opportunities for the UK nuclear supply chain and a boost for UK manufacturing and construction.”