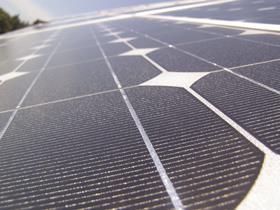 Moves by the government to drive down the cost of solar installations could lead to dangerous working practices as firms cut corners, the solar industry has claimed.

Industry chiefs have spoken out as the sector gets to grips with its long term future following the publication of the final plans from the Department of Energy and Climate Change (DECC) for reducing the feed-in tariff (FIT) for solar electricity over time.

The new system, which comes into effect on 1 August, is intended to bring about reductions in the FIT of 3.5% each quarter if installation targets are met.

The move ended months of uncertainty in the industry, which has seen repeated changes to the FIT over the last six months as the government hurriedly tried to get spending under control.

The plans are, in part, based on the premise that the cost of installing solar can continue to fall by an estimated 10% each year and DECC has set up a taskforce with the industry focused on driving down costs. But industry chiefs all agreed that installation costs are already at rock bottom.

While DECC insists the taskforce is focused on maintaining health and safety while seeking efficiencies, Chris Hopkins, managing director of solar installer Ploughcroft and member of the government’s Green Construction Board, said he feared the system could pressure firms to cut corners such as not using scaffolding to reach roofs.

“Companies are starting to do that already, which is alarming,” he said.

“We [Ploughcroft] have got down to our most effective and efficient working practices. A typical house takes one day where it used to take two days last year.”

Nigel Brunton-Reed, director of Kier Energy Services, added: “I saw someone putting in a system on a roof using roof ladders.”

Siobonne Brewster, strategic development director at Carillion Energy Services, said: “We would be priced out because of the health and safety practices that we follow.”

Reflecting on the sector’s future, Hopkins said margins in the industry are now around 6%, half what they were before the cuts, and he expected them to stay at this level even as the FIT falls. “It’s far better than being a builder or a roofer,” he added. “They are going in at below-cost margins which is stupidity.”

Brunton-Reed said he felt the future growth in the solar market is in solar farms, where Kier is already in talks about a number of projects. He said that a rise in the export tariff, paid to panel owners for the power they feed into the National Grid, from 3p to 4.5p per kWh contained in the government cost control plans would aid these projects.

Both Brunton-Reed and Brewster said margins on social housing projects would remain very tight, meaning these types of installations are unlikely to form a major part of the market.

“We have just finished a 500-house installation in the Midlands and I know that they are not looking to do any more,” said Brunton-Reed.

Brewster said that Carillion Energy Services, which is in the final stages of a major restructure launched in the wake of the cuts to the FIT, would diversify its business to offer more of a “whole house energy efficiency approach”, of which solar would play a part.