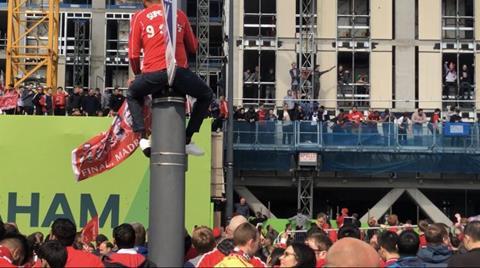 Contractor Graham has been left to count the cost after celebrating Liverpool fans streamed onto one of its sites in the city to watch their team’s Champions League victory parade on Sunday following the club’s 2-0 win over Spurs the night before.

Hundreds of fans broke on to the site, a build-to-rent development on Strand Street in the city’s docks area, scaling the half-built building.

One observer posted a video to LinkedIn, saying: "There were people walking round with hammers smashing fitted plasterboards up, using cable and throwing it out of the windows, climbing the crane, throwing materials out of windows. The amount of money it must of [sic] cost the company that owns the site and companies working on it!

"Can’t even get on site without hats, gloves, boots, glasses etc and people think it’s ok to behave that way?! I’m surprised someone didn’t end up in hospital."

Posting an image of the incident another LinkedIn user said: "Graham Group. Lost for words how over 150 people were all inside your half built site today. How did this happen it was a disaster waiting to happen."

A spokesperson for Graham said: "We are aware that the boundary fencing of our Strand Street site was breached during the trophy parade on Sunday.

"A proportion of the large crowd trespassed onto our site causing damage and interfering with materials and equipment. No injuries were recorded."

The contractor said it had worked with local police, the council and event organisers to ensure the site was as secure as "reasonably practicable", including having extra security guards on site during the parade.

The contractor said: "The security guards immediately contacted the police to deal with the matter. We would record our thanks to Merseyside Police for their assistance in dealing with the incident." 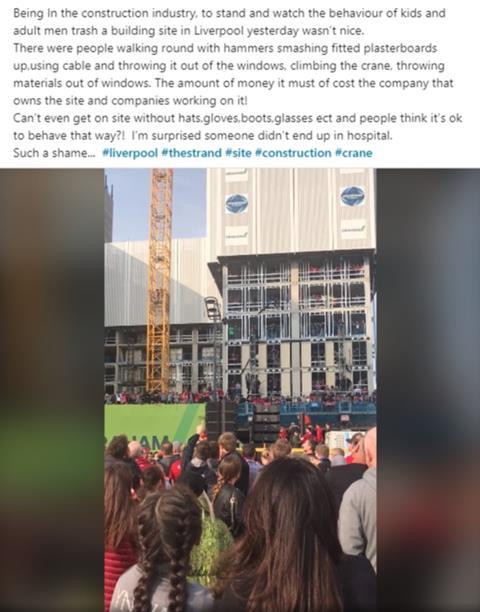