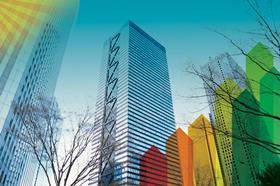 The UK Green Building Council has attacked a government proposal to weaken the requirement to show display energy certificates (DECs) in public buildings.

The Department for Communities and Local Government (DCLG) has launched a four week consultation into options to potentially water down the application of the EU Energy Performance of Buildings Directive (EPBD).

Currently the UK government goes beyond the minimum requirements of the EU EPBD by requiring all public buildings to display DECs, irrespective of whether or not they are ‘frequently visited by the public’, which is the exact wording of the EU regulations.

DCLG’s consultation paper proposes changing its application of the ‘frequently visited by the public’ requirement to mean only those buildings that people use daily “for purposes unrelated to their residence, employment, education or training”.

It said, for example, this would mean schools would be exempt from needing certificates - since only their pupils and staff ordinarily visited them, while hospitals would require them as there would be continuous public use.

The move is part of a drive by government to rein in on so-called ‘gold plating’ of EU rules in the UK, whereby the UK goes beyond the strict requirements of EU regulations.

“Government time and again trots out the mantra of not ‘gold-plating’ EU requirements to minimise administrative costs, but completely misses the potential benefits that going further offers.

“Rather than rowing back on DECs, government needs to ensure they are better enforced, with a view to extending them beyond public buildings.”

The consultation document admitted that the Department of Energy and Climate Change’s research suggested that for organisations not normally engaged in energy management, the requirement for DECs “can lead to a better understanding of energy usage and can indicate buildings in a portfolio that are particularly energy efficient, or inefficient”.