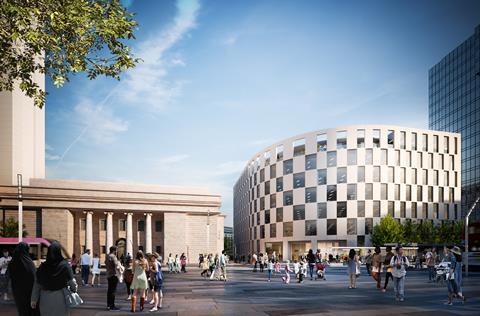 Clearance work on the site is underway with further demolition of the remaining buildings due to commence shortly and work on 1 Arena Central and the new public realm set to start in early 2015.

The scheme is one of the first major speculative office developments outside the capital to get the go-ahead since the beginning of the economic recovery last year.