The architect behind the revamp of London Bridge station saw pre-tax profit climb more than one fifth last year.

Grimshaw Architects’ project (pictured) was shortlisted for this year’s Stirling prize but missed out to a council housing scheme in Norwich. 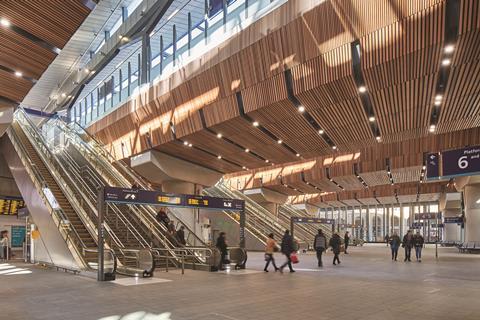 The firm, which is also behind the masterplan for the Heathrow Airport expansion, saw pre-tax profit rise 23% to £9.6m in the year to March on turnover up 4% to just under £74m.

Grimshaw is also behind designs for HS2 stations at Euston and Birmingham, although this project is currently under review.

The UK remains the firm’s single biggest market with around a third of turnover coming from its home country with Australia, where it has offices in Sydney and Melbourne, its next biggest market.